In 2018 Cruncher has been helping the Powercoders initiative in Lausanne to teach migrants web development skills. Here Halit, a Powercoders student and now Cruncher's first trainee Web Developer, talks about his journey to Switzerland from Turkey.

What would you do if you were told to leave where you live within 12 hours with a maximum of 20 kg of belongings? What would you take with you? Would you take the souvenirs that your friends gave you? Or something that you can sell later and have some money in return, just in case… They told this to 13 000 Greeks of Istanbul in 1964. “ 12 hours, 20 kg…”

Displacement has much deeper affects on the lives of people than is generally estimated or anticipated. You can become illiterate in one single night. You can lose the usage of your knowledge in 12 hours. Because it can be related to your geography. It can be related to a local museum. Here, I am going to share a personal story with you.

This is a story from Turkey to Switzerland, from Hagia Sophia to Cruncher… For my entire childhood and most of my adulthood I lived in a city on the border of Syria, somewhere in south-east Turkey. I, then studied Tourism Guidance in Izmir and moved to Istanbul for work. I mainly worked in the historical part where Hagia Sophia is one of the most important monuments where I spent a large part of my working hours.

Then, all of a sudden, Turkey started becoming a more and more authoritarian country. The Kurdish community, those who were standing with the Kurds, those who were leaning to the left side of the political spectrum, academics criticising the government, teachers, journalists and many others were ordered, in one way or another to leave the country, to face prison or to lose their jobs. I was one of those who could – and had to – leave.

How long is long enough to leave? How long is enough to be able to leave a place -a place where you have lived all your life- properly and not to come back?

This is when I came to understand displacement. Comparatively, mine was a very easy journey but even so, it was hard. It was easier because I had a bit longer to pack my stuff than the Greeks who left Turkey in 1964. But how long is long enough to leave? How long is enough to be able to leave a place – a place where you have lived all your life – properly and not to come back?

When I came to Switzerland, it was the first time I had left Turkey. The soil was still soil, trees were still trees, grass was still, air… cleaner though. But it was a different country. A different country with its simplicities and difficulties.

One of the main problems that refugees face is language. Luckily for me, I already spoke some other languages which made it faster for me to learn French. Partly due to this, and partly due to the lack of foresight of some local authorities, I had to wait 8 months to be assigned to a French course during which time I home schooled myself. By the time I was placed on a course I had no more need for that course.

I got bored during those 8 months, and apart from learning french, I decided to find other new things to learn. I found EPFL’s online courses teaching Computer Sciences/Programming Languages and thought I would give it a try. I couldn’t have imagined that my boredom during that rainy winter would lead to my first step towards Cruncher, for which I am thankful and it seems that I will always be.

People with fantastic ideas to share, people with patience for teaching, professionals and amateurs, women and men, young and old but all with one single goal. 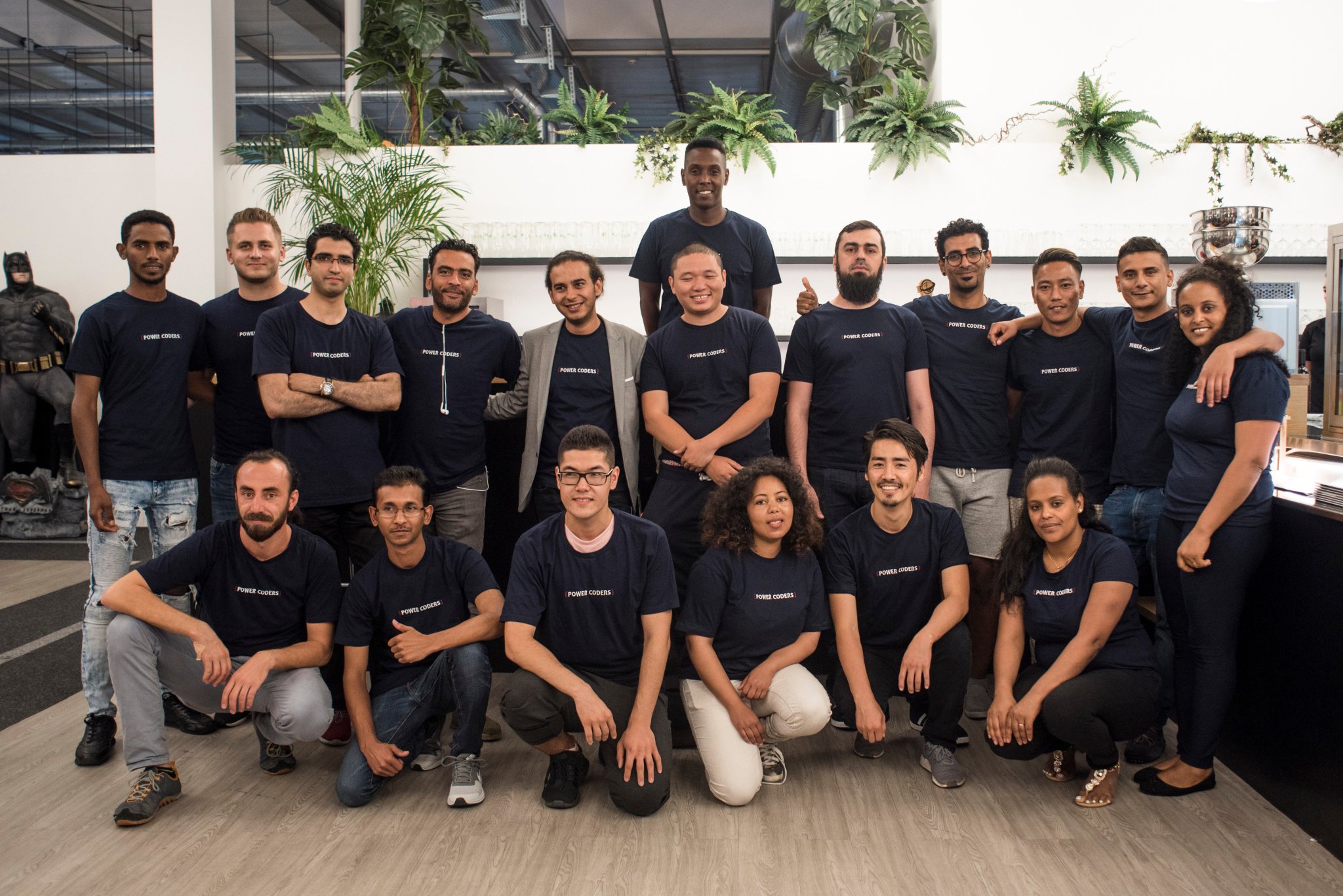 After taking 2 months of a C++ course during winter, a friend of mine sent me an announcement about Powercoders . That was the first time I read about them. The Powercoders organisation was giving "A coding course for refugees who speak English, who have refugee status, who have some basic knowledge about programming, who live in or around Lausanne...”. Well, that was exactly me!

The Powercoders team for Lausanne agreed that I was one of the students they were looking for. I did a very interesting 3 month course. Maybe because it is a very young organisation – the Lausanne batch was the third one - there were many points to criticise but when we look at the devotion, kindness and willingness of those IT people volunteering from all over Switzerland and even from neighboring countries, international students etc… any criticism is minor. People with fantastic ideas to share, people with patience for teaching, professionals and amateurs, women and men, young and old but all with one single goal. Without any expectation of material benefit, people gave up time from their careers and studies, put their homework aside and came to teach those in need. Among whom were two founders of Cruncher, Marco and Stephen who are doing great work training me for the time being.

I would like to thank Powercoders for making all this possible and to all those volunteers, those beautiful people who are doing amazing job with Powercoders. I hope I will have the chance to pass the message that you all, one by one, whispered to me.